Anton Novenanto is a cultural sociologist with formal trainings in anthropology and sociology; and, an activist by experience in human rights and environmental issues.

He has interest in theorizing practice and practicing theory of social science in/for various spatial and temporal contexts. His recent research-activism activity has been focusing on human-nature-technology nexus as well as on individual and collective strategies to cope with and adapt to ecological crises. He has been allocating much of his time to work on sociology of knowledge, especially on the social construction, reproduction and assemblage of reality and society through the schooling system and beyond.

He has skills and experiences in performing both quantitative and qualitative research methods and how to combine them; yet, his preference is to do ethnography and hermeneutic approach.

His first professional touch with the world of social research and activism was in 2003 when he worked as an enumerator as well as an organiser in research and advocacy projects at Lembaga Studi Perubahan Sosial (LSPS), Surabaya led by Prof. Hotman M. Siahaan. His research interest expanded as he moved to work with Pusat Kajian Komunikasi (Puskakom), Surabaya and Pusat Studi Hak Asasi Manusia (Pusham), Universitas Surabaya. Some major research themes were on politics, human rights, and the media.

He encountered environmental issues when he serviced as public outreach and communication assistant of Environmental Services Program (ESP) – USAID in Malang office in 2006. His interest on environmental issue develops as he eventually focused his research on the Lapindo mudflow hazard in Porong, East Java, up to recently. He begins to create and maintain networks with environmental activists and non-governmental organizations as well as public sectors.

He is the editor of Membingkai Lapindo: Pendekatan Konstruksi Sosial atas Kasus Lapindo [Framing Lapindo: a social construction approach into Lapindo case, Indonesia] published by MediaLink and Kanisius (2013). He has been volunteering some of his time as an editor of https://korbanlumpur.info, through which together with other victims and activists a series of agendas to disclose public information concerning the fulfilment of victims’ right is delivered.

During those years, he has been very productive to produce public and academic writings. He translated Richard Schaefer’s Sociology (12th ed.) (McGraw Hill, 2009) into Bahasa Indonesia edition, which was published by Penerbit Salemba Humanika. In 2017, he was appointed as managing editor of Jurnal Kajian Ruang Sosial-Budaya (JKRSB, Journal for Social and Cultural Studies of Space). 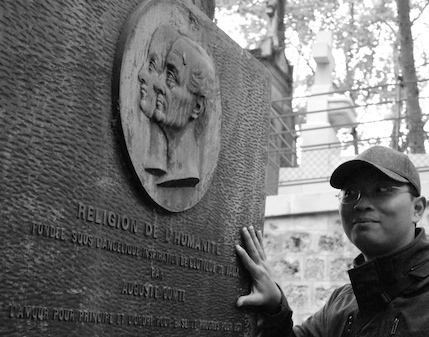